Talkatone, an Ooma company, is a leading provider of free texting and calling for Android and iOS mobile devices in the US and Canada.

Increase stagnant revenue on the end-call screen, displayed after users have completed a phone call.

With Taboola, Talkatone has seen an 3x increase in revenue from their end-call screen.

Talkatone is a leading provider of free texting and calling for Android and iOS mobile devices in the US and Canada. 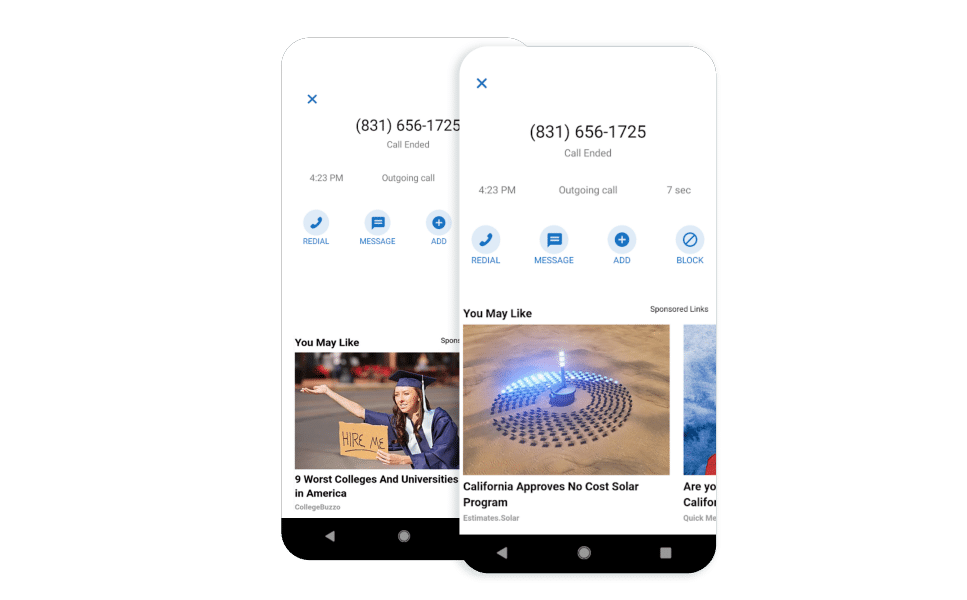 As long as a user has data, he or she can use Talkatone as a primary phone number. It’s also an option for those who might need a second phone number—independent contractors, realtors, owners of online businesses and more.

Talkatone mainly monetizes through in-app advertisements, and in addition, provides paid services for customers who want to make international calls or an ad-free experience.

As Talkatone users finish phone calls, they’re met with an end-call screen that displays once a call is complete. Here, users are in the moment of next—having just completed their intended in-app action, they’re open to discovering something new.

With Taboola, Talkatone has seen an 3x increase in revenue from their end-call screen.

We previously had a hard time monetizing the end-call screen within our mobile app on both Android and iOS. When we partnered with Taboola, we saw the value of sponsored content recommendations in place of display ads, and blew our revenue goals out of the water.

With Taboola, Renault for AMI-Pacific Achieved an Average Video View-Through-Rate...

Morgan & Co Inspires Travel Interest in Over 17,000 People for State Tourism in On...