A major car manufacturer and distributor in the United States, running campaigns nationally and internationally.

Use the Taboola discovery platform to increase viewability and completion rates for video content, and then retarget with a test drive landing page to increase conversions.

With Taboola, the Auto Brand increased CTR by 27% for videos at a whopping 74% viewability rate—leading to 10,000+ test drive sign-ups overall.

This US Auto Brand’s primary goal was to drive awareness and positive sentiment for a new model. The brand targeted specific buyers in households with a $150,000 to $200,000 income range at an age range of 35 to 65 years—an audience who historically had not been huge buyers of this brand.

The client wanted to maximize views of their branded video to drive awareness amongst this new audience, and to qualify users for their retargeting campaign.

Specifically, they wanted high video viewability, to generate a significant social shares, and to drive signups for a test drive of the new model. The media team also wanted to measure purchase intent, brand uplift, and other key attitudes towards the Auto Brand as a result of the campaign.

Video was the Solution for Better Brand Awareness

The branded video for the new car model was distributed across Taboola’s premium publisher network using Taboola’s unique, large player, in-Feed video format that appears at the end of the article.

The campaign drove a significant increase in brand awareness, uplift and purchase intent. The Auto Brand saw an increase in online ad awareness, and the perception of the newly released model as a superior car to others in its class increased—particularly amongst their target market.

Taboola helped them exceed their original goal of 50% viewability—they saw a 74% viewability rate. Audience engagement was also unprecedented, at a clickthrough-rate (CTR) increase of 27% from other similar campaigns.

Distribution across relevant, influential publishers allowed the Auto Brand’s video to find users already engaged with similar content, and therefore more likely to watch, like and share with their networks. The campaign over-delivered when it came to finding these users, with an extra 220k views more than the goal.

Using Taboola was a slam dunk for us. Video marketing has always been great for brand recall, and Taboola’s position at the end of the article really touches users when they are primed to engage. We used a video campaign to drive awareness, and then retargeted those users to a test drive landing page, driving an unprecedented number of sign-ups. By being able to tie top of funnel activities with lower funnel objectives, we saw amazing success. 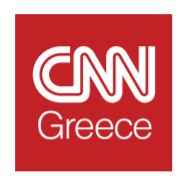