Menora Mivtachim Holdings Ltd. (Menora) is one of Israel’s five largest insurance and finance groups. Menora worked with Ocean, a leading Israeli marketing agency, to launch a campaign with Taboola.

Launch a Taboola sponsored content and video campaign to achieve goals throughout the entire customer journey.

With Taboola, Ocean was able to achieve a 25% lower CPA than the campaign target for Menora. Retargeting ads that leverage CTA buttons saw a 37% lower CPA, and retargeting campaigns saw an 66% higher conversion rate.

Menora Mivtachim Holdings Ltd. (Menora) is one of Israel’s five largest insurance and finance groups. They specialize in asset management, and are known for managing the largest pension fund in Israel, Menora Mivtachim Pension. The group is also the largest General Insurers in Israel, and the market leader in the Motor Insurance sector.

Menora operates through its subsidiaries, in all sectors of life insurance, long, mid and short -term savings, general insurance and health insurance. In addition, the group is active in the capital markets and finance sectors, including mutual funds management, financial portfolio management, underwriting, and worldwide real estate investments.

Ocean is OMD TLV’s Programmatic and data-driven marketing agency specializing in performance marketing and eCommerce, with laser eye focus on producing outstanding results. In order to promote their product related to pension insurance, Menora worked with Ocean to launch a campaign with Taboola.

In order to promote a Menora product related to pension insurance, Ocean worked with Taboola to launch a sponsored content campaign.

Working with Taboola allowed Menora to reach high-intent audiences outside of search and social platforms; on premium sites on the open web. Their sponsored content campaign appeared in the Taboola Feed across popular websites in Israel for users that were most likely to be interested in their campaign.

With Taboola, Ocean was able to achieve a 5% lower CPC, and 25% lower CPA than the targets for the campaign.

Not only did Menora find they could drive leads at scale through the Taboola platform, but those leads were high-quality, and often later purchased pension insurance.

In order to best target potential customers, Ocean worked with Menora to implement the Taboola Pixel on landing pages, and used Taboola’s SmartBid to ensure they were always bidding at the optimal time and price.

SmartBid is Taboola’s automated bidding technology, designed to optimize campaign performance at scale. Put simply, it matches the right bid to the right user at the right moment, and uses campaign and Taboola’s network conversion data to predict how likely a user is to convert for each and every impression.

In order to broaden the pool of potential customers for their pension insurance product at the top of the funnel, Menora worked with Ocean to run a Taboola Video campaign, leveraging video assets created for a event television commercial.

Ocean and Taboola then worked together to build a campaign to retarget those who had watched the entire Menora video. They created new headline and image combinations that were more direct, further improving the conversion rate for Menora’s campaign.

Taboola’s CTA button is a creative add-on available to increase conversion performance of campaigns. The CTA appears as a button alongside the creative, and is designed to catch the attention of users and drive them towards a specific post-click action.

The ad formats that included a CTA button in the retargeting campaign generated a 15% higher vCTR and an 37% lower CPA. This campaign retargeted video viewers and website visitors.

“You can’t argue with the results of our pension insurance campaign. Taboola was able to make an impact on our campaign performance throughout the entire funnel, and find consumers that eventually made a purchase.” 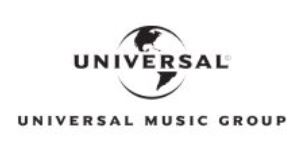